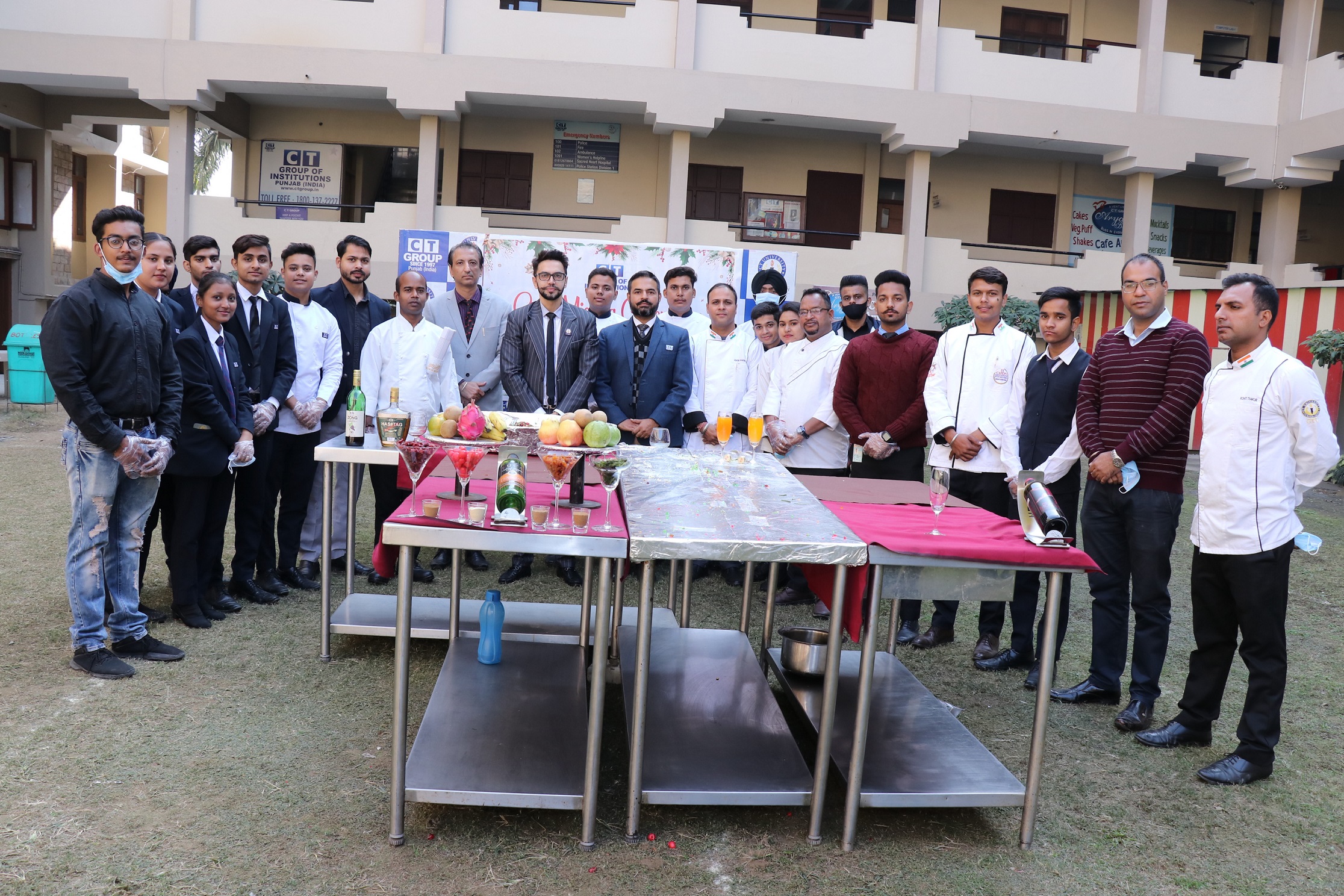 Spreading the cheer along with the budding chefs, the ceremony invited the participation of Chef Ajit from Sukhmahal Hotel, Chef Surender from WJ-Grand and in-house guests dressed in typical Chefs attire of hats and aprons amidst tradition and fanfare. Guests and colleagues together rolled up their sleeves and put their hands in the mixing pots to make a delicious Christmas cake.

An interesting array of fruits, including raisins, glazed red cherries, orange peel, tutti frutti, black currants, dates, figs, dried apricots, figs, prunes and nuts like walnuts, cashew, almond flakes and pistachio, aside from spices such as ground cardamom, cinnamon and cloves were poured into a caldron. The mixing reached a spirited level when endless bottles of liquors, such as whisky, white and dark rum, vodka, gin, wine, beer and syrups like golden syrup, molasses, honey and vanilla essence were added.

After the traditional cake mixing ceremony, the mixture was put into airtight bags and left to mature until around Christmas, when it will be blended with the cake batter and baked.

Ashok Sharma, Head of Department, CTIHMCT briefed about the importance of this mixing ceremony and cakes in this festive season and the process of the baking such cakes.